There Was an Old Woman by Hallie Ephron

The blurb:
Once upon a time...there was an old woman who lived in the Bronx.  Ninety-one-year-old Mina Yetner lives in the Bronx neighborhood of Higgs Point where small shotgun houses perch on waterfront with a view of marsh grass, birds, and in the distance, the Manhattan skyline.

Mina doesn't like to get into her neighbor's business but when Sandra Ferrante, a troubled woman with a drinking problem, is pulled from her home and taken by ambulance to the local hospital, Mina tries to find Sandra's daughter to convey her mother's message: "Don't let him in until I'm gone."

Review:
Arguably, There Was an Old Woman is a New York sort of mystery.  There's very little violence or gore. Instead, we are drawn in by Ephron's descriptions of Higgs Point as a neighborhood, the period finishings in Mina Yetner's home, the description of the young curator's job and her upcoming exhibit of the history of the Empire State Building.

Through the story of Mina Yetner, Ephron takes us to the Depression and what it was like for a young woman working her first job in New York City and in the iconic Empire State Building.  Mina's choice to work came at a time of freedom and employment for women and as we read Mina's story, we're drawn in, imagining this unique time.

It struck me that in There Was an Old Woman, the main, pivotal characters, those that carry the action forward are women from the young art historian and curator to Mina, who in her youth moved to New York City to build a life and worked at the Empire State Building.

Not that the book lacks mystery. There is psychological suspense as we wonder whether the events that Mina describes are actually happening or if she's slowly deteriorating.    There is drama as well - families divided by alcoholism, greed, and disappointment. There's romance with the dashing lawyer who has stopped practicing law and has opted to run his family business, the corner store.

Ephron's writing is clear, I focused completely on the characters and story, drawn into the build up and development without noticing anything else.  I kept wondering what would happen next.  If you're looking for a fun read set in New York City, check out There Was an Old Woman by Hallie Ephron.

About the Author:
Hallie Ephron made a splash writing suspense with Never Tell a Lie published by HarperCollins in 2009. In a starred review, Publishers Weekly called it “stunning” and a “deliciously creepy tale of obsession.” USA Today: “You can imagine Hitchcock curling up with this one.” It was nominated for multiple awards, including the Mary Higgins Clark Award, and was adapted for film as And Baby Will Fallfor the Lifetime Movie Network.

Hallie’s new book is There Was an Old Woman (4/2013 from Wm Morrow). Set in the Bronx, it’s a story of trust and betrayal, deception and madness. In it, a young woman and a very old woman connect across generations in spite of, or perhaps because, they are not related.
Posted by Gaby317 at 5:55 PM 1 comment: 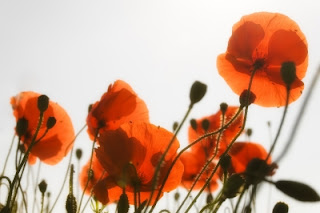 My knowledge of Gallipoli is limited and strongly influenced by the movie starring Mel Gibson. If you'd like to find out more about ANZAC day and the courage of Australian and New Zealand soldiers, head to any of these sites:

The Secretary: A Journey with Hillary Clinton from Beirut to the Heart of American Power by Kim Ghattas

The blurb:
The Secretary is the first book of its kind: a foreign correspondent and author with both an insider and a global perspective. Ghattas had unparalleled access to Hillary Clinton and her entourage for four years. She draws on extensive interviews with Clinton, administration officials, and other players around Washington and overseas to paint an intimate portrait of one of the most powerful global politicians in the world.

Populated by a cast of real-life characters, The Secretary tells the story of Hillary Clinton as America's envoy to the world in compelling detail:  from the first days of the Obama administration to the drama of WikiLeaks and the "Arab Spring" uprisings. Through Ghatta's eyes, we see Clinton under the intense professional spotlight of high-stakes diplomacy but also in the softer lighting of the more personal nuances of foreign relations -- cheerfully boarding her plane at 3 am after no sleep, or cajoling foreign ministers to keep the coalition together during the war in Libya, all the while trying to restore American leadership.

Viewed through Ghattas's vantage point as a half-Dutch, half-Lebanese citizen who grew up in the crossfire of the Lebanese civil war, the book offers a close-up of diplomacy at the highest level while seeking to answer pivotal questions about the United States. Is America still the global superpower?  If not, who or what will replace it, and what will it mean for America and the rest of the world?

Review:
I admit that I deeply admire Hillary Clinton, so I was eager to read about her especially from the point of view of international journalist, Kim Ghattas. The author, Kim Ghattas, grew up in Lebanon and her own experience with the US allows for what seems to be a more worldly, impartial, perspective towards the US and US foreign policy. I should say that while some American readers might not find her to be fully impartial, having grown up overseas with a complicated view of the US, I could fully understand the perspective that she presented.
I found the author's insights to be particularly enlightening and well grounded.  Further, I found the subject of the book - Hillary Clinton and US foreign policy, statesmanship, deeply fascinating as well. Ghattas discusses US foreign policy in a general way and throws in small details of what it is like to travel with the Secretary of State. She also gives us a chance to learn what was going on behind the scenes as various foreign policy crises were occurring. While the book might not be a deeply serious thesis on foreign policy, it certainly proves to be a fascinating and informative read. I didn't think it was possible, but having read the book, I have even more respect and admiration for Hillary Clinton.  The Secretary gives us a unique perspective on both Hillary Clinton as a person and Hillary Clinton as a diplomat/politician/stateswoman.

About the Author:
Kim Ghattas has been the BBC's State Department Radio and TV correspondent since 2008 and travels regularly with the secretary of state.  She was previously a Middle East correspondent for the BBC and the Financial Times, based in Beirut.  Ghattas was part  of an Emmy Award-winning BBC team covering the Lebanon-Israel conflict of 2006.  Her work has also appeared in Time magazine, the Boston Globe, the Washington Post, and on NPR radio. She lives in Washington, D.C.
Posted by Gaby317 at 5:28 PM No comments:

We celebrated the second World Book Night USA yesterday, April 23.  It was my second time to participate as a book giver. The first year I gave away 20 copies of The Book Thief by Marcus Zusak and this year it was City of Thieves by David Benioff.

Both books are amazing and I recommend them highly.  Since I've written about The Book Thief in previous posts, I'd like to focus entirely on World Book Night.  I'll write a separate post for City of Thieves.

First, if you haven't heard of World Book Night, it's always celebrated on April 23.  April 23 is Shakespeare's birthday as well as Cervantes's birthday.  It's a chance to celebrate reading and all the pleasures that it brings as well as a chance to promote literacy.  On World Book Night, volunteers give out 1 million copies of books to "light" or non-readers to encourage a love of reading.  With all the different types of entertainment available nowadays, folks are less and less likely to grab a book to occupy themselves.  It's such a pity because it's almost impossible to express the calm and escape that a wonderful book can bring.  I think that there's nothing like it. 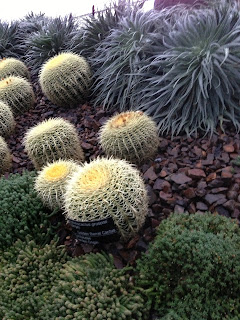 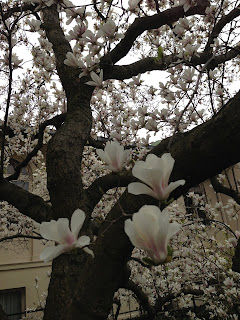 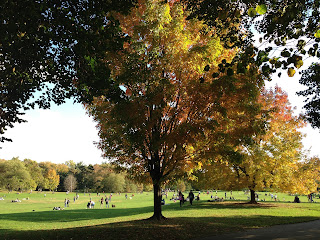