During ThrillerFest 2018, the International Thriller Writers (ITW) announced the winners of the 2018 awards. 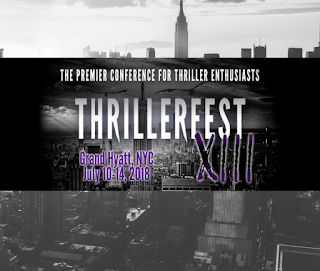 George R. R. Martin won the Thrillermaster Award.  The ITW Facebook page has a video of the award ceremony and a hilarious spoof of Game of Thrones.  Watch it here. 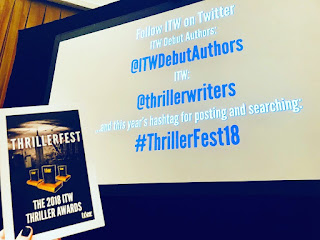 Here are the other category winners:

I'd like to thank ITW and Meryl Moss Media for access to CraftFest and ThrillerFest.  Meryl Moss Media describes ThrillerFest as "the only event where you can find New York Times best-selling authors lurking every single corner, literary agents actually appearing in broad daylight and fans conspiring with the most feared and revered names of the thriller genre".

There are numerous stories of writing friendships that were made at ThrillerFest and have grown over the years.  Certainly, the warm welcome to new writers and inspiring writers at CraftFest and ThrillerFest is unusual and inspiring.
Posted by Gaby317 at 11:13 AM No comments: