The blurb:
The great-great-great granddaughter of Cornelius Vanderbilt gives readers a grand tour of the world of wealth and WASPish peculiarity in her irreverent and wickedly funny memoir.

Wendy Burden is a bold new voice in American literature.  For generations the Burdens were one of the wealthiest families in New York, thanks to the inherited fortune of Cornelius "The Commodore" Vanderbilt.  By 1955, the year of Wendy's birth, the Burdens had become a class of overfunded, quirky, brainy, steadfastly chauvinistic, and ultimately doomed bluebloods on the verge of financial and moral decline -- and were rarely seen not holding a drink.

At the heart of the story is Wendy's glamorous and aloof mother, who after her husband's suicide, travels the world in search of the perfect sea-and-ski tan, leaving her three children in the care of chain-smoking Scottish nanny, Fifth Avenue grandparents, and an assorted cast of long-suffering household servants (who Wendy and her brother love to terrorize).  Rife with humor, heartbreak, family intrigue, and booze, Dead End Gene Pool offers a glimpse into the fascinating world of old money and gives truth to an old maxim:  The rich are different.

Review:
In Dead End Gene Pool, Wendy Burden shares her unique insight and quirky stories of her privileged upbringing as the great-great-great granddaughter of Cornelius Vanderbilt.  The details of their everyday life and Wendy's anecdotes about her family are fascinating on their own, but with the added advantage of her biting wit, Dead End Gene Pool reads so well.

Wendy describes the moment that she realized that Santa Claus doesn't exist:
"A kid who can talk herself into believing the Addams Family was inspired by reality can extend faith in the existence of Santa Claus almost indefinitely.  Okay, maybe I didn't actually believe in Santa Claus -- I mean I wasn't stupid enough to think an enormously fat man was going to squeeze down that skinny Philip Johnson fireplace in the living room bearing presents the size of footlockers -- but I believed in the eternal optimism and idealism of Christmas, and in the theoretical six degrees of separation as it applied to all grown-ups and Santa Claus."  Wendy then proceeds to tell us about the Christmas long ago when she came face to face with her Santa Claus and what this meant to her younger self -- without drama and without self-pity.   Wendy tells us of the times she met her childhood heroes Charles Addams and Walt Disney - in hilarious and self-deprecating detail.


I particularly enjoyed reading about the way that her family entertained during their summer visits to Maine.  From the intricacies of the menu, service, and each carefully planned item to the guests and manners, Wendy paints a vivid picture.

The stories grow progressively darker over time with her mother's subsequent marriages, unexpected deaths in the family, paralyzing disappointment and the inevitable effects of time and hard living.  Wendy Burden gives us a funny, fascinating and satisfying tale of American wealth and privilege.  Dead End Gene Pool: A Memoir is a book worth reading, rereading and sharing. 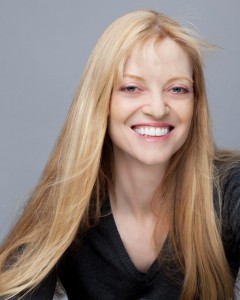 About the Author:
The great-great-great granddaughter of Cornelius Vanderbilt, Wendy Burden is a former illustrator, zoo keeper, taxidermist, owner and chef of the bistro Chez Wendy, and the art director of a pornographic magazine -- from which she was fired for being too tasteful.  She lives in Portland, Oregon.   Learn more about her at www.wendyburden.com

Thank you to  Wendy Burden, Gotham Books, Lisa &  TLC Book Tours for this review opportunity!
Posted by Gaby317 at 1:07 AM