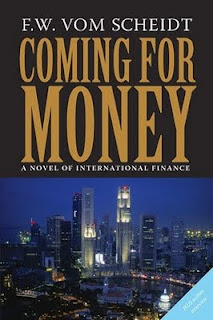 Email ThisBlogThis!Share to TwitterShare to FacebookShare to Pinterest
Labels: F.W. vom Scheidt's Coming For Money, Pump Up Your Book Promotion