There is so much to do, see, and find at BEA that I wasn't able to attend all the talks and panels that I would have liked.   One of the highlights of my BEA 2010 was the Thrillers panel with Lee Child, author of the Jack Reacher novels,  Karen Slaughter, author of Broken

, and Justin Cronin, author of The Passage 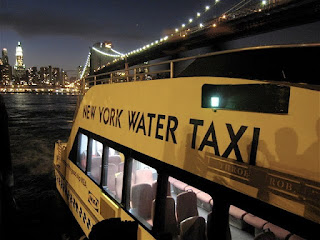 I attended the Thrillers panel to hear Lee Child speak.  I'd attended his talk about writing series characters during Thrillerfest 2009. He was funny, insightful, and made curious about his character Jack Reacher.  I quickly read my first Jack Reacher novel, and then proceeded to read the other 12 in the order that I could get them!  The book signing of Lee Child's 14th novel, 61 Hours: A Reacher Novel (Jack Reacher Novels)

was another highpoint for me!

I'll write more about 61 Hours, but I thought this is the perfect time to introduce Jack Reacher.  A self-described "military brat,"  Reacher's father was a U.S. Marine and his mother was French.  Reacher was born in Berlin and grew up on military bases all over the world (including  in a base outside of Manila in the Philippines).  Although people called his brother "Joe",  everyone always called him "Reacher."  Even his mother calls him by his last name.

Lee Child was careful not to give too much details, so each person paints his own picture of Jack Reacher.  We do know him from the reactions that other people have, as well as from some basic details.  The first impression people have of Jack Reacher is his size: hands as big as chickens....

Reacher left home at 18, graduated from West Point. Performed 13 years of Army service, demoted from Major to Captain in 1990, mustered out with the rank of Major in 1997.

has been described as the big book of the year, one not to miss.  Everyone who has read it (or is reading it) loves it.  It's the first in a trilogy set in the near future and the distant future.   Curious?

First, the unthinkable: a security breach at a secret U.S. government facility unleashes the monstrous product of a chilling military experiment. Then, the unspeakable: a night of chaos and carnage gives way to sunrise on a nation, and ultimately a world, forever altered. All that remains for the stunned survivors is the long fight ahead and a future ruled by fear—of darkness, of death, of a fate far worse.

As civilization swiftly crumbles into a primal landscape of predators and prey, two people flee in search of sanctuary. FBI agent Brad Wolgast is a good man haunted by what he’s done in the line of duty. Six-year-old orphan Amy Harper Bellafonte is a refugee from the doomed scientific project that has triggered apocalypse. He is determined to protect her from the horror set loose by her captors. But for Amy, escaping the bloody fallout is only the beginning of a much longer odyssey—spanning miles and decades—towards the time and place where she must finish what should never have begun.

With The Passage, award-winning author Justin Cronin has written both a relentlessly suspenseful adventure and an epic chronicle of human endurance in the face of unprecedented catastrophe and unimaginable danger. Its inventive storytelling, masterful prose, and depth of human insight mark it as a crucial and transcendent work of modern fiction.

There was a hugely positive review of The Passage

in the New York Times entitled, "Literary Novelists Turns to Vampires and Finds Pot of Gold" recently.  After hearing so much about Justin Cronin's The Passage

, I had to have a copy.  I've only read the first few pages, but it's sucked me in.  I'll post more about The Passage

in the future.   Curious?  Check out Justin Cronin's website at http://enterthepassage.com/


The YA Buzz Panel

I heard that the YA Buzz Panel was particularly good as well.  The YA Panel featured Ally Condie, author of Matched

, Kody Keplinger, author of The Duff,

author of and Erin Bow, author of Plain Kate

.    Fortunately for those of us who missed it, LibraryJournal.com's writeup, "BEA 2010: You're Reading That!?@ - Tackling Crossover YA/Adult Readers" gives us an idea of the discussion. (See  http://www.libraryjournal.com/article/CA6729307.html)

For more BEA news, keep an eye out for my interview with Talya, a bookseller from Newton, Massachusetts who reads books of every genre but has a particular fondness for YA novels.
Posted by Gaby317 at 4:31 PM